In preparation for the prefectural debate tournament, Inaho Cup, students from the FEN (short for Fun with English Network) club had been having practice debate matches online. The students debated on the topic of whether the Japanese government should abolish the mandatory retirement age systems. Through these debate matches, the students had the opportunity to hone their skills for debate as well as their critical thinking skills. In addition, since these matches were online, students from all over Saitama as well as other prefectures such as Yamanashi and Fukui were able to take part, thus, allowing the students to make friends with those whom they might not have the opportunity to meet otherwise.

The Inaho Cup will take place on 6th November 2022, this coming Sunday. The students from Wakoku have grown so much in terms of their confidence and skills since their first practice match and I am excited to see how they will fare in the Inaho Cup.

All the best to them! 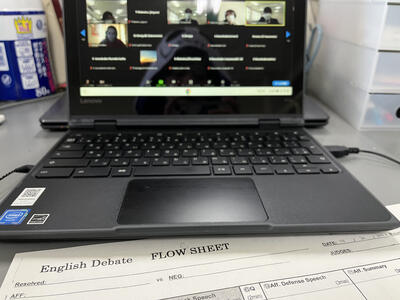